"We were really happy with CodeGrade, it saved us a lot of time, so it was a useful investment." 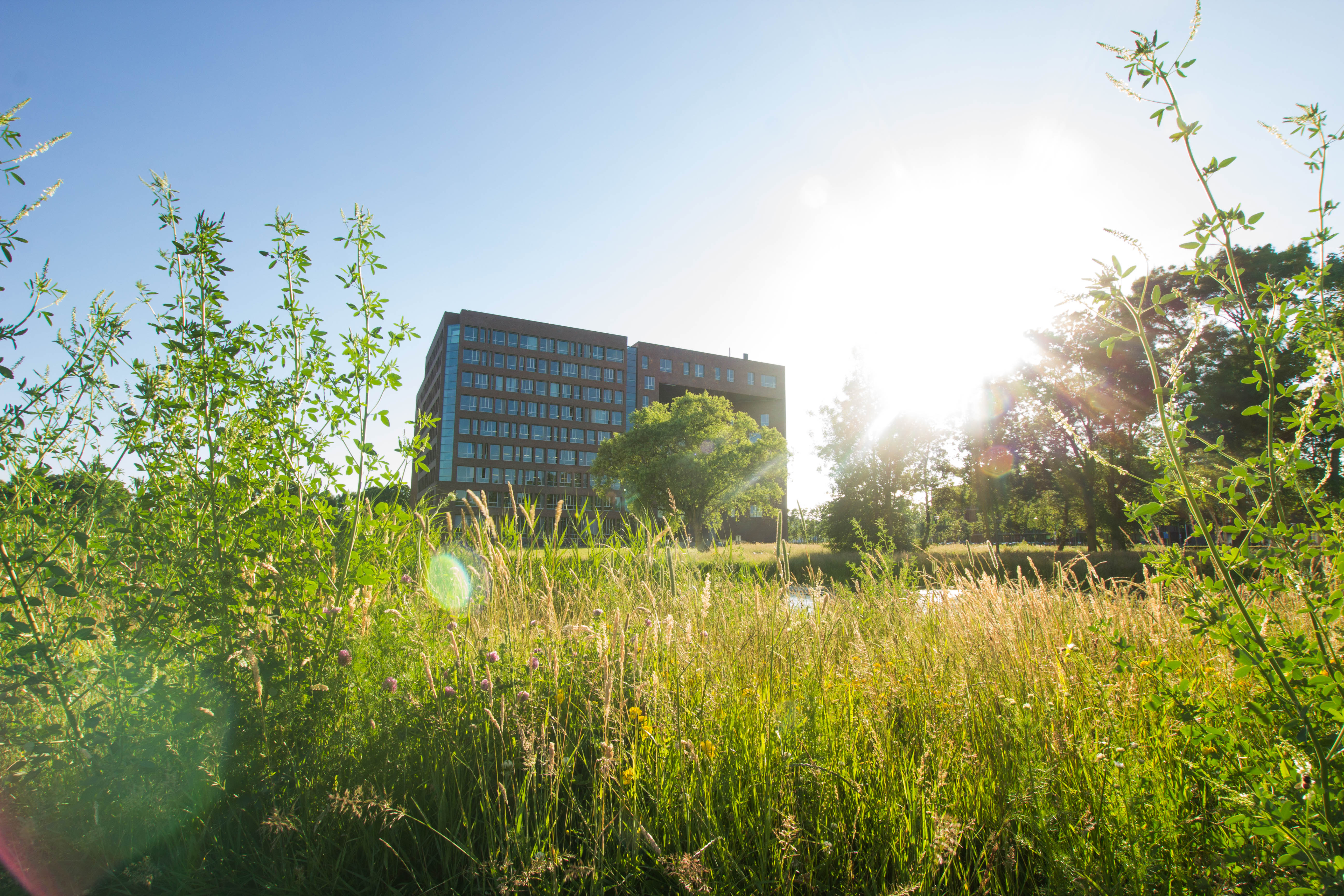 Dainius Masiliunas is coordinator of the Geoscripting course at Wageningen University. He teaches students how to handle spatial data using scripting languages such as R, Python, Google Earth Engine (JavaScript) and bash. Geoscripting is an advanced graduate course that is very fast paced and hands on; Dainius challenges his 60 students with weekly exercises that have to be handed in using GitHub to give them the research skills they need in their further academic or corporate career, which is becoming increasingly important in the field.

All course materials and tutorials are made freely available on GitHub under the Creative Commons license, so that students can refer to it later in their career, others can take the course for free too and instructors and researchers from around the world can use the information and tools for their own work. You can find the WUR Geoscripting course here.

Before using CodeGrade, Dainius and his team used a wide range of tools to grade and structure their course: “We used Google Docs and spreadsheets to write down the rubrics of each assignment and all the grades that each student would get. To fill this in, we had to somehow coordinate who should grade which student, which was done manually in yet another spreadsheet.”

They used another separate tool to manage submissions and feedback: GitHub. “We tried to give feedback with GitHub using issues, but this took up too much time: first we had to go to GitHub, then create an issue, give it a title and then put in the grades and feedback.”

It is an often heard complaint by students in many CS courses that they are exposed to too many different tools and workflows: “There was not one place where the students could see what they were being graded on or what their actual feedback was. Their feedback was in GitHub, but they had to find the rubrics in Google Drive. Because it’s such a short and advanced course, it was simply too overwhelming to the students to have all these different platforms and new tools. The students frequently requested us to use fewer platforms over the previous years."

Also for himself and his teaching staff, using multiple platforms added too much overhead to grading: “Our course is really fast paced and we have to coordinate grading between the 6 teachers. Because the students need the feedback, we did grade everything before, but the feedback was very shallow. We just tried to do it as quickly as possible and needed more people to help with grading.”

Dainius chose to use CodeGrade to speed up their own grading process and make the workflow more streamlined for his students. The first year of CodeGrade, Dainius integrated CodeGrade into their Brightspace environment and only used our manual grading features to boost the grading workflow: “It did exactly what it needed to do: it helped speed up the process of grading and it made the whole procedure more insightful to us and the students. We no longer have to switch from one tool to the other all the time! The integrated rubrics are very useful and make it immediately clear what to grade on to us and what to expect to the students. We were really happy with CodeGrade, it saved us a lot of time, so it was a useful investment.”

This year, they also used CodeGrade’s autograder by moving their previous Travis CI tests to CodeGrade: “Travis CI decided to not support education anymore, and we already wanted to switch to CodeGrade at some point, so we decided to do that now. Moving everything from Travis CI to CodeGrade was very straightforward and quick to explain to the other teachers who helped setting it up.”

Even though Geoscripting is an advanced course with many different technologies, it was easy to make it work in CodeGrade’s autograder: “CodeGrade is very generic and works with any programming language, R and python are both pre-installed by default and using Rscript simply works. We also figured out how to set up our Conda environment and install R packages after a little while.”

Dainius mentions CodeGrade is a step forward from Travis CI: “From the students’ perspective, they now have tests per rubric category, which is way easier to understand. They can right away see if something is correct or not and why and do not have to deepdive into some logs to figure out what is wrong.” Also for himself as a teacher, working with the rubric helped out his course: “The requirement to connect each test to a rubric means you have to change your rubric. Which is a good exercise to do as a teacher. This inspired us to also improve our rubric for the final project, which made it very easy for us to manually grade and understand the grade for the students. Grading became much faster because of our good rubric in CodeGrade.”

Using Git is one of the learning objectives of Geoscripting and students are required to hand in to CodeGrade using Git. “Last year we had students connect their repos manually, which worked well but was a bit error prone. This year we had a great suggestion from Devin [co-founder of CodeGrade] to use the CodeGrade and GitHub API to automatically create all repos and connect them to CodeGrade. They [CodeGrade] provided a script which worked really smoothly: all students got their own repos and there were no issues anymore. This was great for the students and even better for the teachers.”

The future of CodeGrade at the Wageningen University

“Our main goal is that we wanted CodeGrade to make our work more efficient, and it definitely did that, so that's great! We also wanted to make the student workflow more clear, and with CodeGrade, they don’t even see CodeGrade as a separate tool, it’s just the place where they see (automatic) feedback and grades inside Brightspace. Especially this year with the automatic creation of GitHub repositories. The students do however get the benefits: they appreciate the rubric and the good feedback they get.”

“It is also exciting to keep getting new features and updates, we for instance want to start using the Peer Feedback feature [released 2020] in our next course. We already had the improved Brightspace integration last year, which enabled us to automatically create the GitHub repos.”

Dainius concludes by saying: “It is very nice to have CodeGrade for our course. It is also very nice to work with the CodeGrade team, they keep updating and adding new features and are very responsive. I have gotten a lot of support from them and am looking forward to all the new things CodeGrade will bring in the upcoming years”